Conceived as a collective research-action, Desbarato aims at investigating and calling attention to the processes of gentrification Lisbon has been going through in the last couple of years – especially since Troika´s intervention. As it is well known, real estate speculation was at the very core of this crisis and, at least in the Portuguese case (the so called “troika good student”), one of austerity’s outputs was to enable the massive transference of real estate and infrastructures to foreign global capital (such as banks and investment funds).  Outstanding austerity’s student, Portugal is selling out public services almost for anything through privatizations and privates who have lost their jobs, cannot afford taxes or need urgent money are selling out private goods (often real estate) for very low prices. Actually, major alterations to real estate legislation were part of Troika’s first memorandum.

As even the most distracted tourist can notice, Portugal seems to be for sale. There is no single street where you won’t see a sign saying “Vende-se” [For sale], “Aluga-se” [To Rent], “Trespassa-se” [for lease] ou “Liquidação Total” [stock clearance], as if the crisis was the perfect reason for selling out everything ao desbarato [almost for free], closing doors and windows, and packing away through one of those routes Brison so well depicts on her series Frontiers. 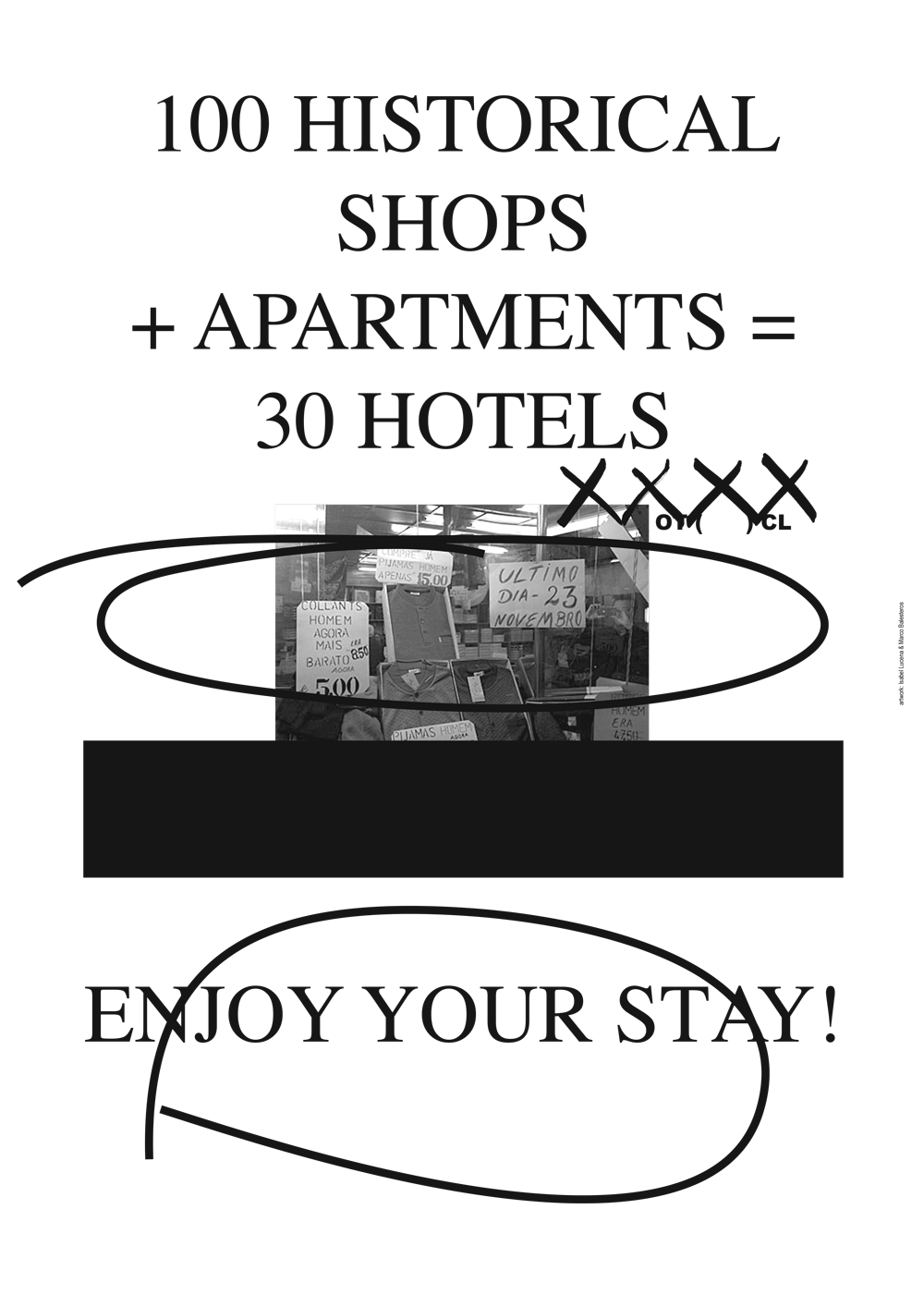 REMAX, ERA, Century 21, and even luxury Sothebys (not so widespread in the country, before) show up at every window waving tempting proposals of becoming if not a happy owner at least a desperate seller. In the specific case of Lisbon everything is happening at a strikingly fast pace, in an almost opaque way, and most of the time it is very hard to understand what’s going on before it actually happens.

Several phenomena coincide: from cleaning the face of entire districts (as it is the case of Intendente), to ascribing the management of an entire square to a partially private cultural management firm (as in the case of Martim Moniz), to the brutal sell out of entire downtown blocks to global corporations or the opening of the Lisbon cruise terminal in the very center of the downtown area and its daily flooding with massive rivers of tourists, what seems to be at stake is simultaneously a traditional gentrification process and a highly experimental process of Mega-Gentrification.

On Brian Holmes essay written for the 2009 Sydney exhibition There Goes the Neighbourhood, on the complex life of cities and how the phenomenon of gentrification is altering the relationship between democracy and demography around the world, Holmes advances the term Mega Gentrification to point out the interweaving relations between global rating agencies (Fitch, Moodys and Standard & Poors), renamed city districts (fashion district, design district, museum mile) and the fate of the cities.

Downtown Lisbon, the so-called Baixa Pombalina, is going through a massive transformation that has obviously to do with the increasing success of the city in global touristic terms. It is in this context that more than 30 hotels are being built and the district is being refashioned for tourists, not for inhabitants. Entire buildings are being transformed into accurate two-dimensional Wonders of Portugal where, unlike in Brison’s image, one can really enter and feel the fragrance of thousands of little clean freshly made Portuguese beds or even taste tiny Portuguese pastry made by Portuguese polyglot highly skilled workers.

The image I am showing you here is the scale model for the action with the title Desbarato. In two weeks, the people in this project will try to cover an entire block with posters on gentrification, speculation, evictions and mass-tourism. It is a massive graphic design project done in response to the recent eviction of all the inhabitants of the area, as well as the forced closure of shops nearly a hundred years old.

There is almost no official information on what will happen to downtown area: how many hotels will be built, where, and by whom; how many shops will be forced to close and in which conditions; which other shops will make it to stay (maybe only big corporations such as Starbucks and H&M?); Because of that Desbarato consisted first and foremost on a research, trying to grasp what was going on. Starting with the goal of sketching a Lisbon gentrification map, it soon generated a series of both discursive, artistic and political events. 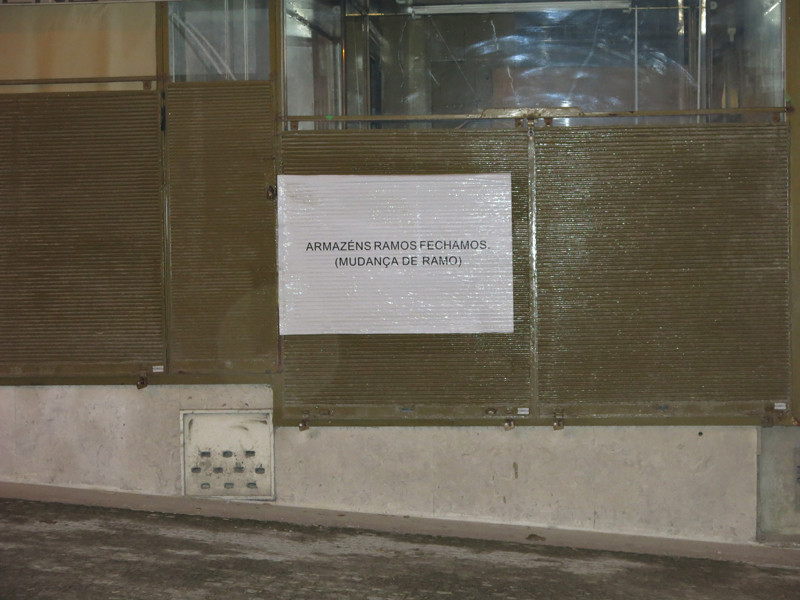